The Saturday Night Party in the Big Brother Naija house is one where Mercy’s relationship with Ike is always tested as there tends to be drama afterwards for the guys who venture close to her and for that reason, she was seen holding back on her usual crazy antics on the dance floor. 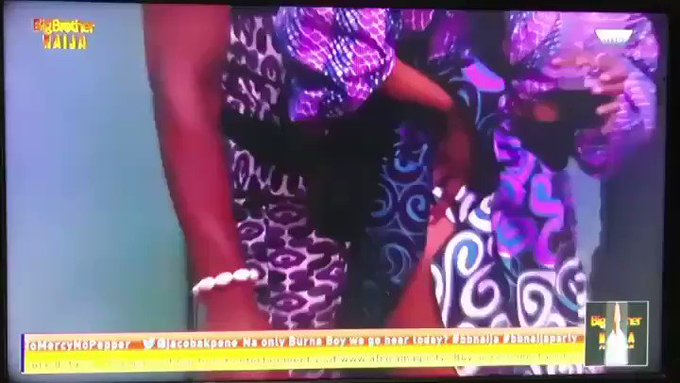 Mercy has become synonymous with her dancing abilities at the Saturday night parties. And Saturday, August 17 was not an exception. After rocking her massive behind to the music blasting from the speakers, she swung into action entertaining viewers. But she wasn’t as free as she was at the other parties and there were speculations that suggested that it was because of Ike.

It was suggested that the reason she wasn’t allowing other guys to dance with her as usual because she was trying to avoid Ike, her lover, from threatening to beat them up as he usually did every week after the parties so he wouldn’t get a third strike and hence, get automatically disqualified from the show.