Ghanaian artiste, Shatta Wale who claimed to be the richest musician in Ghana has just exposed himself and he has no shame about it.

Shatta Wale in a Snapchat post just disclosed that he allowed people to sleep with his ex-girlfriend and baby mama for cash and continued to say that, he’s only worried Michy left because she said she’s tired of doing that business. 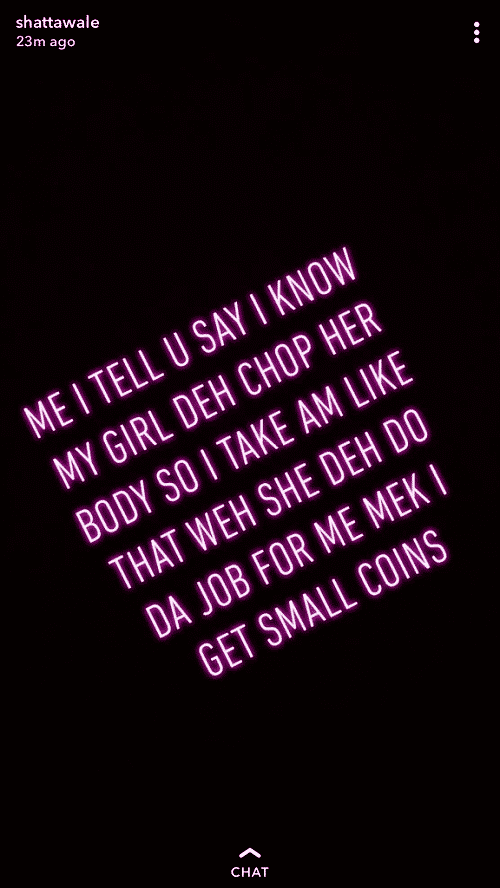 According to Ghanaweb.com, there have been rumours in the past about people smashing Michy and musicians like Yaa Pono, Ara B all said it in songs during the time that they had beefs with him.

It’s obvious that he had no respect for Michy and was only using her for his own selfish gains and once anyone can pay his asking price to sleep with her, he agrees.

A source even told Ghanaweb that, he used to do three-some with his ex-girlfriend Michy and we didn’t want to believe it at the time.